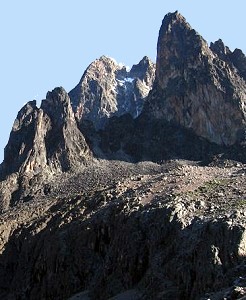 I recently bought a new bicycle. I say ‘new’, but it is actually the first one I’ve owned since my teenage years. And my choice of purchase has caused quite a stir. So, did I make the commute to work on a unicycle? No. Or perhaps go ‘retro’ and tackle the ridiculous weight of a Raleigh Chopper? Twice no.

What I actually bought was a mountain bike. I’d been thinking about it for a while, and I finally found the right one. That is, the cheapest one that I could find that is still a decent bike. What I expected to receive was unanimous support from fellow cyclists and a degree of admiration from the couch potatoes who like the thought if cycling, but prefer to watch Glee with a tub of Haagen Daz. But what I actually got, was far less supportive and, quite frankly, stupid. I will deal with the questions here.

“Why did you buy a mountain bike?” is the question that I have heard the most. “There are no mountains in London”. You don’t say. But, despite the name, it isn’t actually necessary to find a mountain to cycle up and down. In fact, I’m quite sure that an actual mountain is not a necessary terrain at all. Sir Chris Bonington and all the other mountaineers who have negotiated the highest peaks have done so, at great physical expense, without a mountain bike. Did they pull a wheelie when they reached the summit? No. Of course not.

Mountain bikes do not enable you to climb mountains. And it is only complete nutcases (A.K.A. professionals) who feel the need to risk life and limb by hurtling down mountains on two wheels. The best terrain for novice mountain bikers is, let’s face it, forest, heathland and hills. Of which there are plenty in and around London.

“Surely you’re not going to ride that on the road?!” Well, yes, call me crazy, but I do intend to do that. I will cycle to work. It’s a hell of a lot less tedious than catching public transport. And, as far as I can tell, the wheels still go around, and the knobbly tyres don’t actually cause me to work noticeably harder than I would have to do with road tyres. In fact, with the state of some roads, it is an advantage to have sturdy, supportive tyres.

“Why didn’t you buy a road (racing) bike, like I have?” Because I don’t want to cycle on a bike with skinny, bald tyres. “When will you ever go off-road?” When will you enter the Tour-de-France? I refuse to be ridiculed by someone who thinks it’s normal to wear skin-tight shorts to save half a second on the cycle to work, or because it’s “more comfortable”. Maybe for you it is, but my eyes are bleeding. Put it away man!

“Why didn’t you buy a hybrid bike?” Ever the heard the phrase ‘Jack of all trades, master of none’? Honestly, I have absolutely no idea why my choice of bicycle has compelled people to ask such dumb questions. Or why it bothers them so much. And I won’t get started on the comments about my anti-pollution mask. Maybe I want to look like a cross between Darth Vader and a bank robber, okay?

4 thoughts on “Shock Revelation: London Has No Mountains”