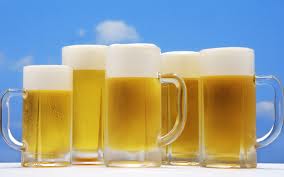 “How can you drink that? It’s piss water!” So exclaimed my Australian girlfriend in horror as I put the pint of Fosters lager to my lips. Well, the truth is, I find it quite easy to drink. Let’s be honest, most lagers can hardly be described as being at the top of the taste tree. We hate them when we first try them as  teenagers, but eventually our taste buds grow used to the sharp, frothy beverage.

If truth be told, many beers taste very similar. So why do people react with revulsion and disapprove of certain beers? After all, isn’t it just a matter of personal taste?

Ask any Australians, and the chances are that they will be adamant that Fosters is not an Australian beer. It just isn’t sold there. This despite evidence to the contrary. In the 1970s, Fosters was considered a premium brand, but the emergence of other regional lagers meant that sales fell, and regional pride fuelled a negative image that prevails to this day. But there are still some sales! I’ve seen it in some pubs myself whilst on my travels.

Take any country and you will find the same unfashionable beers. In the UK, Stella Artois was popular when it first appeared on the market; it was, after all, reassuringly expensive. That’s if you think £1.10 per can is living the high life. But then an obvious correlation was made by pub goers – Stella drinkers had a tendency to drink too much and turn violent.

Of course, rather than blaming the individuals concerned, everyone blamed ‘something’ in the drink: the nickname ‘wifebeater’ was born. Sales dropped and the brewery attempted to regain market share by bringing out a new, weaker beer.

Similarly, in the US, Natural Light is apparently considered down-market by many, despite being the fifth highest-selling beer! It tasted just fine to me… Likewise, in New Zealand, Lion Red is often seen as the lager lout’s beer of choice.

Ultimately what this boils down to is personal preference. Plus just a little bit of sheep following trends. It is, after all, much easier to follow the crowd and fit in with what they like, than to stand out like a sore thumb. We all want to be accepted socially.

Maybe we should just accept that no beer is superior to another. No-one has the right to say that their preferred taste is superior to mine. And, let’s face it, why do most of us drink beer anyway? To get tipsy. So what does it matter what brand we are drinking?

Just make sure to get a round in. I’ll raise my glass to that.

4 thoughts on “A Pint of Piss Water Please!”