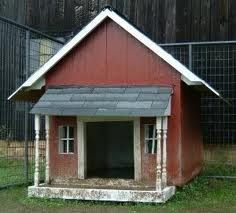 I was just about ready to go to work, so I leant over the bed to give my girlfriend a goodbye kiss. “GRRR!” she growled in a high-pitched, insane angry cat tone, as she turned her face away from me, causing my lips to slither, snail-like across her cheek. Not the kind of kiss I was expecting, I said out of the corner of my mouth. I quickly scanned the previous day’s memories in an attempt to ascertain what heinous crime I had committed.

Okay then, you win. What’s wrong? “You woke me up by talking in your sleep.” Is that all? “You shouted: ‘QUICK, PUT THE PHONE DOWN, HE’S COMING!’ It gave me a fright and I couldn’t go back to sleep.” Oh… that’s weird.

Having been suitably admonished for my unconscious misdemeanour, I trudged off to work. Well, I actually jogged, but ‘trudged’ is more apt description of my running style. A passing colleague once told me that I “looked terrible”. Enough said. And thanks for that.

This is the first time I’ve lived with a girlfriend. I’ve heard stories of women blaming their men for things that they have no control over, or for seemingly trivial things that don’t seem to matter a great deal. To a man.

In fact, I’ve experienced something similar before. Having woken from a dream in which I’d cheated on her, a previous girlfriend proceeded to give me the ‘cold shoulder’, calling me a “dream cheat”.

What the hell do they expect me to do? We don’t live in The Matrix, I can’t simply take a blue pill to re-enter a dream world and ‘correct’ my bad behaviour.

However, I wouldn’t have it any other way. For every lost duvet tug-o-war, for every everlasting memory of the time when I forgot to put the vegetables on (come on, I was watching Homeland), or bought the ‘wrong’ type of cola, there are many more times when we take comfort in each other’s company and share wonderful experiences.

Men and women will inevitably have these little disagreements. It’s part of a normal relationship and, let’s face it, life would be boring if we agreed on everything. If we didn’t care, we would walk away, so at least it shows that we do. And for that I am grateful.

9 thoughts on “In The Dog House… Again”