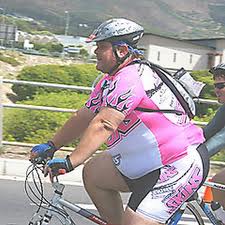 A recent weekend saw evidence of the Olympic legacy, when over 50,000 cyclists took to the closed-off roads to haphazardly weave their way around an 8 mile circuit in central London. All ages and abilities were present, from kamikaze youngsters seemingly oblivious to the dangers of suddenly veering off in unpredictable directions, to pensioners, seemingly oblivious to the effect that their choice of tight-fitting clothing had on the sensibilities of the following cyclists.

And it wasn’t just the elderly who made poor fashion choices. Several overweight cyclists also felt the need to attempt to stuff their frames into brightly coloured lycra. They looked like radioactive badly stuffed sausages. The bottleneck at The Mall presented everyone with an unwanted opportunity for lingering views of the offending outfits. So why do they do it? END_OF_DOCUMENT_TOKEN_TO_BE_REPLACED

A picture paints a thousand words, apparently. So just look at these classic profiles on the business network LinkedIn.com and wonder how it is that these people thought that it could ever be a good idea to portray themselves to potential business contacts in such unusual ways, leaving you ultimately lost for words to express your feelings.

Step forward Mr Scott, the self-proclaimed ‘Founder Potential’, whatever that means. His role ‘is to advise, laugh, argue with people’. His first job was being Mickey Mouse for Walt Disney. Who are we to disagree? FAIL!

END_OF_DOCUMENT_TOKEN_TO_BE_REPLACED

The launch of the new Guinness book of World Records has presented us with the bizarre sight of US-based Egyptian ‘Popeye’ Moustafa Ismail and his 31 inch biceps. If this is the first time you’ve laid eyes on his puzzling physique, I can only apologise and allow you a few seconds to swallow the little bit of vomit that you just couldn’t keep down…

Presumably Guinness check that the ‘muscles’ are actually natural, but they do look so much like implants that it makes one wonder. His triceps look especially weird as they are usually smaller muscles than biceps, yet they hang down unnaturally, like over-ripe bunches of grapes.

Watching the Paralympics has been nothing short of inspiring. The Olympics motivated me to cycle like Chris Hoy in the morning commute and now the Paralympics has pushed me to step up my gym sessions, from the recent 0 to a more worthwhile 3 per week. Well, I have been on holiday.

I have to admit to being surprised by the standard of competition. No doubt helped by the sell-out crowds, paralympians have broken records and given performances that have demanded respect. These are athletes, just like the Olympic competitors, and they dedicate their lives to their sports in exactly the same way: blood, sweat and tears, through daily training. END_OF_DOCUMENT_TOKEN_TO_BE_REPLACED

This week the actor Sean Penn made some controversial claims about British neo-colonialism, with reference to the Falkland Islands. These are not, as you may think, an island theme park dedicated to the memory of Columbo actor Peter Falk. And just one more thing…

What Penn (perhaps best-known for his guest appearance as Phoebe’s boyfriend in Friends) neglected to realise, is that the Falkland Islands has been an overseas territory of Britain for longer than California has been a part of the USA. So maybe it is he who is playing the neo-colonialist, as his Malibou estate is on territory that was stolen from Mexico! Why doesn’t he enter negotiations with the Mexicans to return his property to its rightful owners?

Penn claims that sending Prince William to the Falkland Islands, gives out a message of intimidation. Not sure how. I guess he must find the sight of a search and rescue pilot just a little scary. Really Sean, the prince is just there to help. END_OF_DOCUMENT_TOKEN_TO_BE_REPLACED 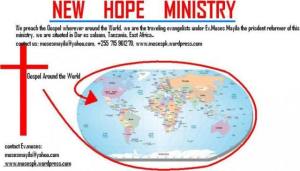 Helpfully pointing out where the world is located

Moses from the New Hope Ministry posted on the WordPress forum in an effort to publicise his rather radical mission, whilst condemning non-believers. Who am I to turn down such a request from such a fair-minded and liberal individual?

Here is his interview. I’m sure you’ll agree it makes perfect sense.

Or it might confuse you. One or the other.

Your website states that ‘This site is not for dating, it is the site for the word of God’ – have people mistaken New Hope Ministry for a site that helps lonely singles? What is your opinion of people who use those sites?

(a) People ware posting dating and sexy web addresses on my blog so i decided to write down the instruction of my blog, because my blog is only for the work of God.

It’s fair to say that Dean Karnazes is a driven man. He regularly rises at 4am and runs a full marathon before heading in to work. He rarely misses a day’s running. Plus he still finds the time to fulfill his family responsibilities in the evenings. The man is an inspiration.

Having just read his compelling auto-biography Ultramarathon Man, I have found myself determined to get into shape. No excuses this time. If Karnazes can run several marathons per week, plus take part in several other outdoor sports, then I can at least commit to some serious excercise four times per week. And I have to push myself. No pain, no gain.

Karnazes started his obsession at a later age than most, having already established a good career and seemingly settled in wedded bliss. But it just didn’t seem enough for him. There had to be something more to life. It took the death of his sister to push him into running extreme distances.

Ultramarathons cover distances of at least 50km and sometimes stretch to several days of running, often in the most inhospitable conditions, such as in the heat of Death Valley at the Badwater event. END_OF_DOCUMENT_TOKEN_TO_BE_REPLACED