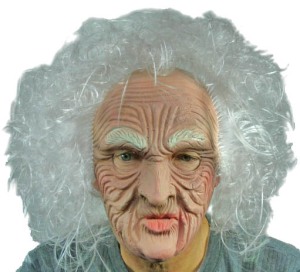 Recently I took a trip back to see family and friends in my home town of Bournemouth and had arranged to go out with an old friend for drinks in the evening. He has been down on his luck for a while, so I felt obligated to ensure that we rolled back the years and painted the town red, ideally not with vomit, for old time’s sake. I would have been happy just to down a couple of pints in a local pub, reminiscing about our youth, but my friend was determined to let his hair down, so when he asked where I would like to go, I just said “Anywhere mate.” Now, considering that this was the same friend who, on a recent visit to see me in London, had persuaded me to go to a dodgy hard house club, in which we were mistaken for undercover drugs squad officers by paranoid wide-eyed pillheads, in hindsight I realise that I possibly should have given some guidelines as to what was acceptable.

Bournemouth has a good nightlife, with many bars and clubs full of glamourous girls for us to chat to and impress with our wit and intelligence. So why, in God’s name, my friend decided that we should go to what is undoubtedly the worst club in the town by far, is anyone’s guess. The nightclub in question is Bumbles (website has flashing images and distressing images of regular customers), which strangely also contains The Pub in the Club. Yes, they basically open up one of the bars in the daytime, for anyone who enjoys drinking cheap drinks in a dark, windowless environment.

Bumbles is frequented by an older audience. And when I say old, I am not exaggerating to say that some of the people in there probably had grandchildren. While this may sound like heaven to GAG advocates such as Wayne Rooney (allegedly), it really didn’t float my boat. In fact I felt quite scared. I was initially impressed to be complimented by Alice Cooper whilst en route to the bar. But then my rational thoughts pierced through my drunkenness and I realised that it was actually an older lady with bad make-up. Oh the horror.

Surprisingly, Bumbles seems to have somehow negotiated with the government to have an exemption from the smoking ban and wisely allows smoking in the same room that houses the cloakroom, so you can party like it’s 1999 (or maybe 1899 for the grannies) and return home with smokey jackets, just like in the 90s.

Having settled for a spot beside the dance floor in one of the two rooms, I noticed that I had caught they eye of one of three women dancing around a handbag. I looked back, wondering if they had left Cinderella locked up at home. One of them approached and literally threw herself at me, chest first. Normally I would be all for such a greeting with women, but not in this case. I thought that she was the same age as me, yet she was actually 10 years younger! In a gender role reversal, she attempted to ply me with drinks and I said that I was seeing someone romantically back in London.

“Let your hair down”, my old friend said once more. I was too stunned to reply after receiving another body slam from my new female fiend [sic] as she lent in to talk.  But thankfully, the now deserted room that we were in closed, and the DJ thanked both of us for being “a great crowd”. We moved into the other room and the sound of Abba was enough motivation for me to take the bull by its horns (but not the girl) and say that I had to leave. I’d done my duty and helped my friend let off some steam. But I was never going to GAG.

7 thoughts on “Grab a Granny Night”