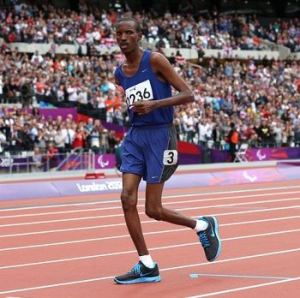 Watching the Paralympics has been nothing short of inspiring. The Olympics motivated me to cycle like Chris Hoy in the morning commute and now the Paralympics has pushed me to step up my gym sessions, from the recent 0 to a more worthwhile 3 per week. Well, I have been on holiday.

I have to admit to being surprised by the standard of competition. No doubt helped by the sell-out crowds, paralympians have broken records and given performances that have demanded respect. These are athletes, just like the Olympic competitors, and they dedicate their lives to their sports in exactly the same way: blood, sweat and tears, through daily training.

They have shown that disabilities are no barrier for a fierce will to win and positive attitude, with the support of family and coaches. Whilst some have transcended congenital disability, others have overcome the adversity of life changing illness or accidents to fulfil their sporting dreams. Whether they have to contend with sight impairment, amputation, restricted movement or paralysis, the paralympic athletes have displayed the courage and self-belief to push their bodies to the limit in pursuit of medals. They have set their goals high. Taking part is not good enough; they aim for personal bests and paralympic records.

What has also impressed me is the good humour and sheer joy of competing that has been evident. This enthusiasm has transposed to the crowd who have given encouragement throughout. An example of this paralympic spirit is the ovation awarded to Djibouti’s Houssein Omar Hassan who completed his 1500m heat over 7 minutes behind the rest of the field. He had no chance of qualifying, but no intention of giving up. He had his own personal goal to achieve.

Gone are the days when the Paralympics were viewed through patronising eyes as the poor relation to the Olympics. It is only right that disabled athletes should be pushed for higher standards and criticised constructively when they under-perform. They insist on being treated in the same way as able-bodied athletes. It is this change of attitude that has driven the rise of the Paralympic movement to where it is in 2012, with athletes performing in front of 80,000 people in London. Rio 2016 has a lot to achieve to match London 2012: the paralympic bar has been risen.

2 thoughts on “The Strength of the Paralympians”