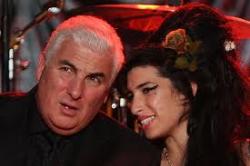 The death of Amy Whinehouse caused reverberations through the music industry. Sure, she had her well-documented problems, but there was no denying her talent. So it seems fitting for her father Mitch Whinehouse to set-up a charity in her name, to help causes that were close to her heart.

But unfortunately, where most of us see only a positive outcome from a personal tragedy, others see an avenue to profit for their own selfish ends. Yes, step forward king of pond life, Martin McCann, who felt compelled to register the charity’s name and web domains in his name, before informing the bereaved father that he would be open to offers to relinquish his ownership.

McCann said to The Sun. “I’m not exploiting anything yet. I’ve just bought some domain names. Anybody could have. It only takes the click of a mouse.” Oh, sure you’re not! It’s just that your callous actions have meant that it is impossible for Mitch Whinehouse to open a bank account for the donations, meaning an unecessary delay in setting up an organisation that would help suffering children and adults less fortunate than ourselves.

Apparently, McCann claims to have registered the foundation in honour of a different Amy Whinehouse and feels that he has done nothing wrong. Sure thing, and there are now rumours that McCann will be appearing in a West End production of Pinnochio in the coming months.

McCann clearly has a point. What the hell did Mitch Whinehouse think he was doing, grieving for his daughter?What a waste of time! He should clearly have detached himself from pointless emotions and plotted how he could best profit from Amy’s legacy, just like McCann has. If you snooze, you lose. Or in this instance, if you wail you fail.

Reacting to universal condemnation and allegedly being called a “dickhead’ by Mitch Winehouse, McCann has thrown his toys out of the pram, belligerently expecting an apology before signing the rights away. And a sizeable pay-off no doubt.

Luckily, not everyone thrives on being the scum of the cesspit of life, such as characters like McCann do. A fightback has started at addmysupport.com, asking for people to sign-up and leave messages to urge McCann to do the right thing and hand over the rights for free. Let’s hope that somewhere deep in his immoral head, a faint prick of a conscience may finally register with him. I won’t hold my breath.