Guns n’ Roses live at the O2 Arena in London

Germany’s greatest Guns n’ Roses funky it read on the back of a man’s leather jacket. Hmm… I’m sure you are mein freund. The return of Guns n’ Roses to London had been a long time coming and the previous dates on the tour had met with enough criticism for me to expect the worst at the second of their two O2 Arena shows last night. What initially had been an interesting night for people-watching – some hardcore GnR fans crank the eccentricity (or ‘funky’ if you’re German) up to ‘11’ – eventually descended into a test of drunken endurance as the entire evening last for five hours, meaning that anyone who stayed until the end missed the last tube and last Thames Clipper boat and had to show an ankle to get a taxi to stop or risk queuing for hours.

After an hour’s set by the support band, Axl Rose made everyone wait the now-expected hour or so before gracing us with his presence, presumably to build the anticipation or to allow everyone enough time to drink themselves into a semi-comatose state. Honestly, there were so many people swaying to their own imaginary tune that I felt seasick. So was all of this worth it? Emphatically the answer was yes. As soon as they hit the notes to ‘Mr. Brownstone’ a few songs in, I knew the performance would be something special. Axl has been ridiculed in the press for his mid-set ‘costume’ changes and weight problems. The man sweats more than Gary Glitter in an orphanage, so he simply needs to change his top once in a while, he didn’t come out in a leotard and feather boa halfway through, for God’s sake! Let’s not exaggerate, he’s not Lady Gaga. Plus he looks in pretty good shape – he’s no Barry White!

I’ve never known a band to play with such energy, skill and enthusiasm for nearly three hours! Nearly every classic song was played along with the new songs. Axl’s voice was strong throughout and, shock horror, he was actually in a good mood as he testified: “I wanted to have a rant about something… but I’m not pissed off about anything!”  My only gripe is that GnR played a few too many solos and cover versions which slowed the pace, leading much of the crowd to take the opportunity to have drunken catch-up chats or attempt to suck each other’s faces off. Ugh. Highly distracting but hey, what can you do? I also could have done without a fat bird rubbing up against me with her epileptic-fit dancing. Honestly, the static electricity that was generated was enough to attract fluff and balloons like a magnet. But anyway, this was a return to form for Axl Rose. I guess he should just keep quiet in the media then everyone can judge him and his band by their performances. But please Axl, quit this delayed entrance pantomime – I had to pay £32 for a taxi home! 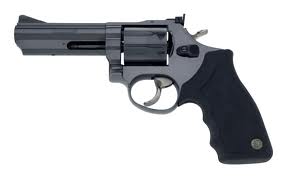